TechSoup offers some great information to think about when considering 3D printer policies.

How do you envision your community utilizing the library? Do you imagine content creation, collaboration, engagement and entertainment?  Are you interested in having a Digital Media Lab, Makerspace, or Recording Studio in your library?  Why not have all three?  These were the questions we were asking ourselves in 2012 at the Park City Library and in the spring of 2013, our YouCreate Lab opened as Utah’s first digital media lab in a public library.

Park City Library’s YouCreate Lab is collaborative community space with state of the art software and equipment that enables people to creatively express themselves through digital videos, photography, websites, graphic design, podcasts, presentations, and other forms of digital media. This new space encourages the development of 21st Century Skills, such as information, media, communications, and technology literacies, which are essential for today’s global economy.  The lab provides everyone in the community with opportunities to pursue their creative aspirations whether that is digitizing family slides, creating art, movies, apps, or animation. The lab includes equipment that can be used in the library as well as borrowed.

This post will be the beginning of a brief series on how we built the YouCreate Lab, so you can too!

“The mission of librarians is to improve society through facilitating knowledge creation in their communities.” — R. David Lankes in The Atlas for New Librarianship

Know Your Community: From personal jet planes to food banks

The Park City Library is a small library located on the eastern side of the Wasatch Range of the Rocky Mountains in Summit County in the State of Utah. According the to the 2010 U.S. Census, the population estimate base for Park City was 7,558 with an estimated growth of 3.5% for 2011. Historically a mining town, Park City is now a world-class resort town that attracts over 3 million annual visitors. A few of the attractions include three nationally ranked ski resorts, the Sundance Film Festival, the Utah Olympic Park (a winter sports park built for the 2002 Winter Olympics), nationally ranked mountain biking trails; fly fishing, hiking, dining, and shopping.

Park City demographics mirror the state’s trend in which the majority of residents are Caucasian with a growing Latino population; in Park City, the Latino population accounts for about 24% of residents, which is significantly higher than Utah’s average of 13% (2010 U.S. Census). Residents of Park City average a median household income of $61,383; however, 9.1% of Park City’s population lives below the poverty line. The 2010 U.S. Census data illustrates the while Park City’s ‘persons below poverty level’ is 2.3% lower than the state’s average; it’s almost 3% higher than Summit County’s average. The data exposes the disparity between the perceived affluence of Park City and the reality of residents who have a hard time affording safe housing, food, health care, and education.

In today’s society, success is achieved by efficiently navigating a plethora of information using critical thinking and problem solving skills while effectively collaborating and communicating within a global context.  Park City’s community embraced the development of 21st Century Skills within the school district by implementing the “high access” initiative, which provides every student (grades 6 through 12) a laptop and access to digital media labs in schools.  This initiative impacts less than a quarter of Park City’s population. Therefore, the Park City Library has an opportunity and commitment to bridging the digital divide and supporting the whole community’s development of 21st Century Skills.

Vision: By building the YouCreate Lab

The library will provide:

The library will facilitate:

The YouCreate Lab aligns the library with our community’s values.

Stay tuned next week for Part Two: Vision to Action

A big thanks to Colorado State Library for pooling together resources for Makerspaces!

From the Stop-motion animation PLA program, Kristen Stehel from the Utah State Library participated in a team project and created the following video. 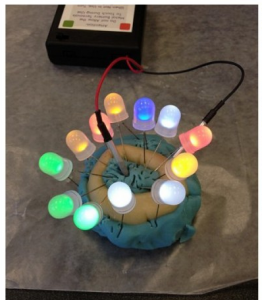 An entire week of programming ideas for teen tech week thanks to The Unquiet Librarian! 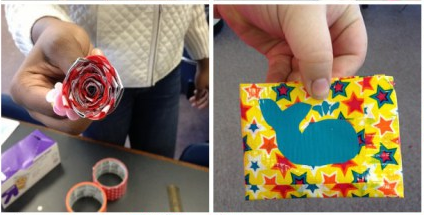 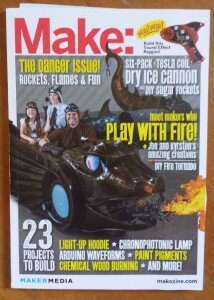 Makerspaces, digital media labs, create spaces, play spaces, studios, you name it! A place to create at the library is surfacing in conversations nationwide as more libraries express interest in this type of library service. 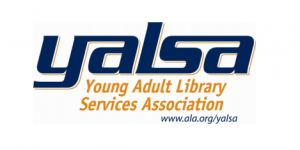 Here is a link to the Build-a-Lab series hosted by the Utah State LIbrary. This five-part series features libraries from all over the nation speaking about the create spaces in their libraries. https://creativelibrariesutah.org/category/digital-media-labs/ 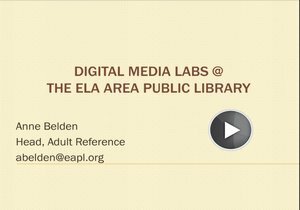 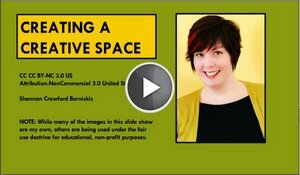 Learn about this exciting new Makerspaces lab in Lomira QuadGraphics Community Library, Wisconsin, where there is equipment to make digital art or physical objects. Residents can also convert formats: from VHS to DVD for example, or convert slides and photos to digital images. People can create print, audio, video, web design and other digital files that can help them with their business, school, hobbies, or help them to just have fun. Topics: 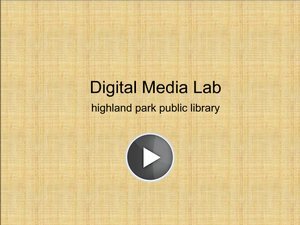 This recording is number three of a five-part online series highlighting Digital Media Labs and Makerspaces in public libraries across America. Digital Media Labs provide library patrons with a space where they may use various digital media technologies that support their educational, professional, and personal goals and endeavors. Labs include equipment and software. Patrons can create, design, restore and share: videos, images, music, websites, presentations, animations, digital art, physical objects, eBooks, podcasts, and much more.